To view the registration and search other Tartans, visit The Scottish Register of Tartans, here. 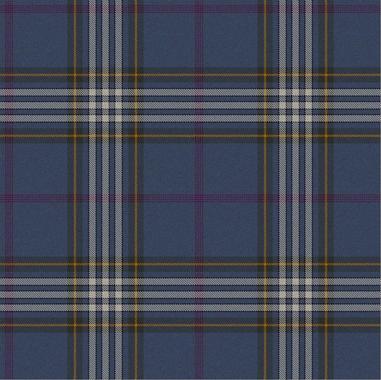 On June 29, 2021 Terre Haute Lodge No. 19, F&AM became the first Lodge in the state of Indiana, and only the third Lodge in the United States, to register a custom designed tartan with The Scottish Register of Tartans.  The process began in 2015 with the planning and design of a custom tartan that could be worn by Lodge members, honorary members, and other designees of the Lodge.  The design was created by Worshipful Brother Matthew Lowe and approved by the Lodge at the December 2015 stated meeting.  The design is intended to celebrate the 200th anniversary of Terre Haute Lodge through a visual representation of the craft, the membership past and present, and the history of the Lodge.

The Blue field represents the Lodge and is the traditional color representing “Truth”, which is the first lesson we are taught in Masonry. (Wedgewood was selected as a nod to our English speculative roots.) Three white stripes represent the three Degrees of Masonry and was selected to represent the Lambskin Apron and the purity of our intentions. Two gold stripes represent the Lodge’s two centuries of service. (Gamboge, a dye made from saffron used to give the golden hue to the robes of Buddhist monks, was selected to represent the esoteric mysteries of the Fraternity.) Two charcoal gray stripes bounding each gold stripe represent the stones of our operative past, as well as the fervency of our members who have perpetuated the Lodge for nearly 200 years. There are two black stripes bounding each white stripe in memory of our departed Brethren on all Degrees and to remind us of our own mortality. Four purple stripes are placed in recognition of the 4 members of the Lodge who have worn the “Purple of our Fraternity” and served as Grand Master, namely Lucius H. Scott (Pennsylvania 1865-66), Robert Van Valzah (Indiana 1878-79), Thomas B. Long (Indiana 1889-90), and John Ross Hunter (Indiana 1939-40). 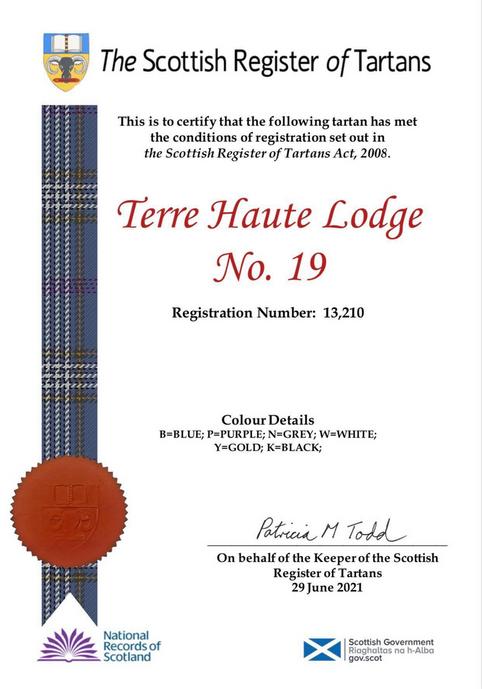 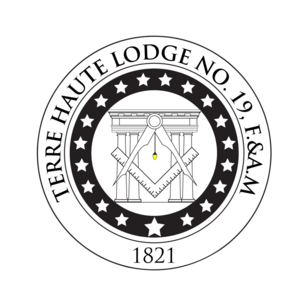 ​Tartan Products will soon be available to members, honorary members, and other persons so specified by Terre Haute Lodge, No. 19 F&AM.