Euclid Lodge No. 573 Members who served in WWII. 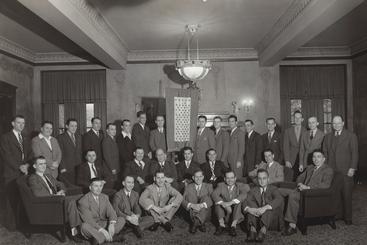 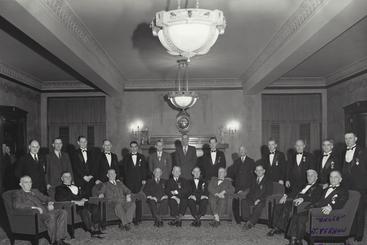 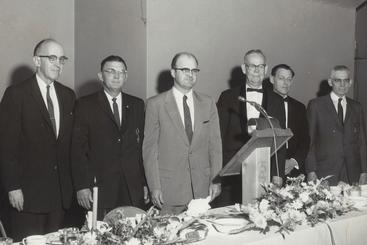 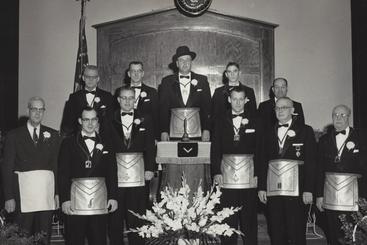 Euclid Lodge No. 573 Past Masters, 1945 in the Parlor of the Terre Haute Masonic Temple.

“On May 25, 1886, the Grand Lodge granted a Charter to Euclid Lodge No. 573.  The charter membership totaled 35, an increase of 13 over the petition.  Under the charter the first officers of the lodge were the three named above and Julius Brittlebank, treasurer; James Wisely, secretary”